When I tell others that my school is pioneering the creation of a “Social Justice curriculum for elementary students,” I’m usually met with confused stares. While I could go on and on and on explaining the way we are integrating subjects to leave our kids with a “multi-dimensional global understanding,”our curriculum is really very simple.

It all boils down to the age-old adage, treat other people the way you want to be treated. 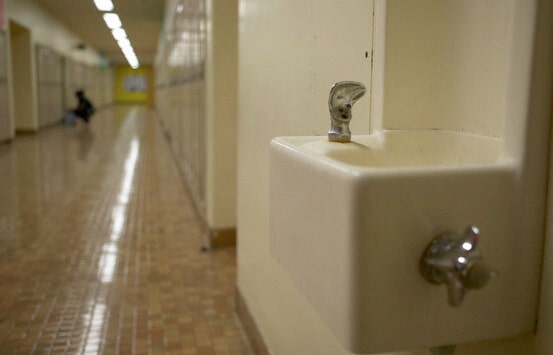 I, like many other school children in America, grew up with these words. They were on my classroom walls, a part of our class rules; virtually any offense could be traced back to a violation of this phrase. Teachers and administrators threw the words around so often that they became trite, a childhood cliché, a mantra for children to parrot but to seldom act upon. In fact, plenty of other college graduates would cringe at the thought of including it in formal published writing. It seems silly for a whole school to be founded around the thought, right?

Before coming to VLA, I spent a year teaching at a traditional Chicago public school. My first day at the public school began with the principal informing us that if we didn’t make at least 5 points of growth as measured by the state wide tests, we’d be first in line to be fired. My first day at VLA began with our principal opening the floor to discuss how we’d change the world this year. These two sentences capture the radically different attitudes towards teaching and students at both schools.

At the traditional school, we definitely did not treat our children the way we, the adults, would like to be treated. In fact we were discouraged from thinking of our children as children at all. The faces in front of us were numbers, statistics and percentages. They either helped us meet AYP (adequate yearly progress as defined by No Child Left Behind) or they were hindrances. This attitude extended beyond the realm of testing too.

The traditional school was full of rules to monitor and keep tabs.  Children were not allowed to go to the bathrooms alone. Water fountain visits were forbidden unless supervised. Halloween costumes were not allowed. Older children were barred from recess. All students between the ages of five and fourteen were held to these rules, whether they were in kindergarten or in eighth grade. The rules were supposed to give the school a sense of order; instead it bred middle-schoolers with no experience with personal responsibility. The atmosphere of mistrust bred defiance and the forbidden bathroom breaks became sought after prizes as students ditched class to confer in the stalls.

As teachers, we complained how we never had the chance to go to the bathroom except for our measly twenty minute lunch. We gripped about how often our own prep-periods were cut and how we had no chance to unwind. Indoor gym classes left our rooms ramshackle, and we felt frazzled at the end of a day cooped up in one room. Yet we imposed the exact same restrictions on the kids, hardly treating them as though they were people like us. 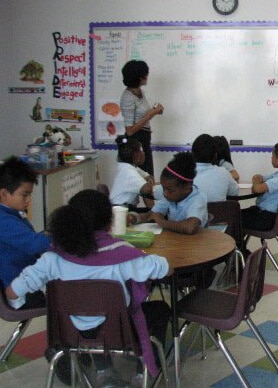 Things are very different at Village Leadership Academy. As our principal’s opening statement suggests, here our children are not test score machines.
Our children at VLA are the vessels of change and the leaders of our future world. Every single one of them has a distinct personality that we recognize and celebrate even as we teach them to improve and become better people. Some of them need to nap in the afternoon, others need breaks to calm down, some can do their best work while kneeling next to their desks…. and we let them.

At VLA, we let our students be and in turn, they let us be. Bathroom breaks are common and are rarely taken advantage of. Our hallways are happy yet classrooms still manage to walk in orderly lines. Teachers have longer preps to give themselves a break, just as their students take “brain breaks” periodically in the day. We ask our students to respect themselves, their friends and all teachers, so we do the same.

Our students don’t simply try to meet a bar set by a (dare I say flawed?) national policy.  We want them to go beyond that and become leaders in their fields, students who challenge and eventually change the systems around them. How could we expect them to challenge social structures if we didn’t teach them how to respectfully challenge each other in the classroom? Would we be good role models if we couldn’t admit that adults make mistakes so its okay for them to do the same?

How can we launch our children into the world of college and employment and expect them to navigate those waters if we don’t start giving them responsibility now?

If we train our children to function in a world of unbendable rules, constant supervision, mistrust and hostility, how will they learn to become creative thinkers, hopeful leaders, and extraordinary learners? 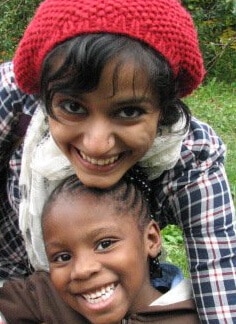 There is a term in teaching called modeling. No, it doesn’t involve the catwalk. Instead the term simply implies student learning by observing and mimicking a teacher’s actions. Modeling is the method we teachers use in nearly everything we teach- math, art, science, reading.

At my previous school teachers, bound by rules created by administrators and bureaucracy, rarely got a chance to model the behaviors expected from the students.

When it comes to teaching children a philosophy of “do as I say and not as I do” cannot be the norm. If we expect children to treat others fairly, to be responsible, and to be leaders, we must give them that opportunity at every turn.

If we don’t trust them, they will turn from us, and when it comes to children from communities affected by the achievement gap, we absolutely cannot allow that to happen. Social justice begins in the classroom and it begins with us, it’s as simple as that.