For Project Darfur, we review the Sudanese timeline, and I ask them questions to try and see who has retained some of the information we have discussed in the last month and who has lost the facts in the fun. Since I have learned the majority of this information through my own research that I teach them, the factors playing into the conflict are still fresh and slightly tangled in my own mind. “Quawn,” as usual dominates the conversation.

Holding sparkling stickers in my hand I constantly walk back to his desk and award him for his answers, correct or not. His enthusiasm is powerful.

Holding sparkling stickers in my hand I constantly walk back to his desk and award him for his answers, correct or not. His enthusiasm is powerful.

“So what does the land of this African region look like?” I ask. “Are there mountains? Is it green?”

“Ms. Ebacher, you know that it is hot and sandy,” he says to me with a look that says, “stop wasting our time.” But looking around the room, I see that other students were thankful for the reminder.

“Sorry Mr. H…,” I say back to him with a look of my own. “And what sort of problems happen if you have hot desert land?”

This one results in a few more seconds of silence than the first. Then, quickly after a few minutes, timid hands begin to raise followed by 2 others that shoot up with a gasp of a crisp idea. Sometimes these gasps are actually pretend (something I’ve learned as a teacher): a manifestation of fulfilling my expectation instead of a genuine desire to contribute (which, is perhaps of equal value). Quawn doesn’t bother to raise his hand at all and instead answers the question when his answer arrives half way through me calling on another student.

“No water!” he shouts… “so the kids will get thirsty”.

“Yes” I affirm. “Very good thinking Quawn.” Although I see that the other kids are disappointed in my apathy to the disobedience of Quawn’s calling-out, I continue on. I am trying to use our Darfur conversations to teach group cooperation and team problem solving. I know in order to do this, the students will eventually have to lead these conversations, and thus my exertion of teacher power dynamics this early in the project will be harmful to the process later on. I have to give in… we are equals here, each discovering the undetermined ending together.

“No!” Kassia says, “YOU can raise your hand Quawn,” she says in a strong voice as I note her mimicking style of speech as my own teaching style at times. “Can I get it Ms. E?” She says switching back to her sweeter self. “Go ahead,” I direct quickly. Quawn sinks a little in his chair, embarrassed. At least they determined the power dynamics on their own.

“If you live in the desert and there is no water, your animals (pronounced aminals) have no water too so they gonna die, just like people.”

“hmm…yes…” I pause hoping they will come to the next conclusion alone. But I finally give in. “And if your animals die?” 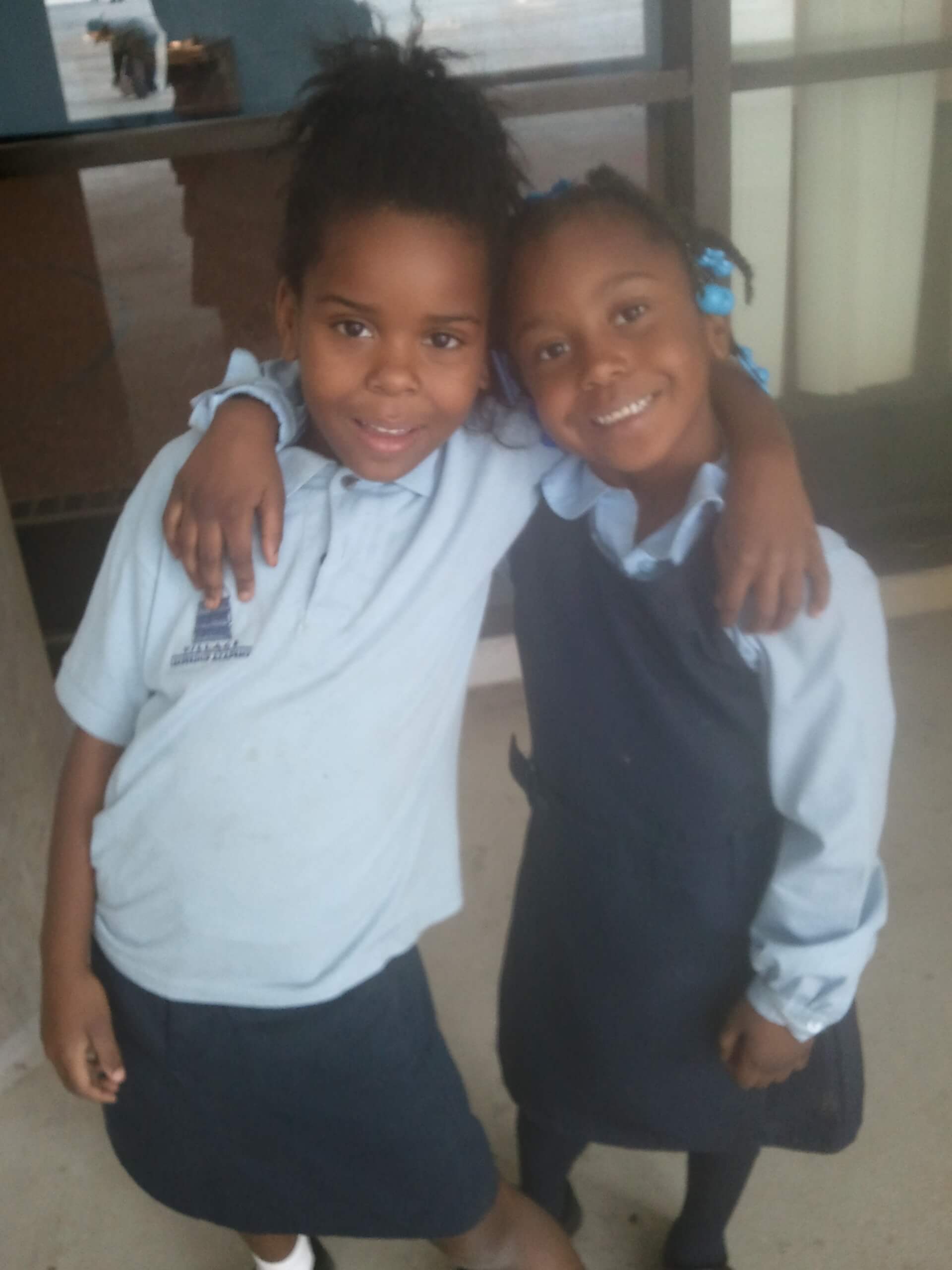 C.C. looks up for the first time since we began the conversation at this point. “You’ll die too,” he says softly, almost sadly. It was only now that I realized how quiet C.C had been the whole day…unusual for him and his non-stop squeaking brilliance. I stood by him and gave him an extra sticker, which he acknowledged with his incredibly goofy grin that often reminds me of Stitch from the Disney movie.

“You’re right C.C” Kassia glares at me again, wanting me to stop this out of order behavior from her classmates, and I remind myself to talk to her later about what I’m trying to do with this time. I know she will understand once I explain it to her. She is just addicted to structure and is upset with the unexpected.

“It’s called desertification,” I say as I slap the word printed out in 90 size font on the board in the front of the timeline. “The hot desert land makes it hard to get food and water. So this was happening in Darfur for a long time. And how do you think the people felt living there?”

“Yes! Exactly! It’s normal right? You would feel the same way too. So the people in the Darfur region go and ask their leaders for more…” I lead.

“Yes. For more water. And does anyone remember what the government did?” Nothing.

“Remember that it made the people in the south of the Darfur region upset…they thought it was unfair…” Nothing. I look at Quawn, who is aggressively searching through his mind for the answer. I say nothing… disappointed a little.
Finally A.S. rescues us. “It’s not fair because they didn’t give it to ‘em”.

“To anyone?” I question.

“Yea.” He says back as his classmates look at me and nod.

“Well not quite,” I say back. “Remember how there are two different cultures in Darfur?” What was that about?” I draw a line through my hand drawn map of Sudan. “How were they different?”

“The north was Christmas and the south was Is… Is…Islam?” Quawn answers “and its not fair because they had slaves and the pharaoh told them what to do and..” This was Quawn’s usual response to finishing answer he does not know how to wrap up. He always resorts back to Egypt and the slaves of the pharaohs. Perhaps it’s because it was his first example of injustice that we studied this year, or perhaps he sparked a particular interest with this part of the world, but for one reason or another, it always comes back to Cleopatra for Quawn.

“Very good!” I exclaim despite the collage of information he gave me. “I heard you talk about a lot of good things. These things you were remembering from Ancient Egypt, but not from Darfur. It’s hard to keep it all straight. There are two cultures in Darfur. The north,” I emphasize, “has many people who are culturally Islamic, and the south are culturally Christian.”

“That’s what I said,” Quawn grunts like a grumpy man.

“So when they asked the leaders… what were they asking for again?”

“Water!” J. follows closely and I see that C.C head is back down, and he might be sleeping.

“Oh yes, you’re right. Water. The leaders didn’t give everyone the same amount. You see more of the leaders are Islamic. So who would you guess they gave more to?”

I smile at her craziness. “What do you mean by always Tiana?”

“Oh, they are always givin’ some people a lot and some people nothing and I keep seein it and seein it.”She protests. “Always.”

“I think you’re right Tiana. This is one of the patterns we see. It happens again and again that people give more to the people like them. Some people think they are better. We saw that in the Africa unit with European colonization and when the individualistic communities like the Ghanaian and Mali empire took over the smaller collective communities around it. We are also seeing it in our Asia Unit with Chinese dynasties. We have to make sure we don’t make this mistake again.”

“So what do you think the South did?” I ask. “I remember” Quawn says. “They got mad and they fought.”

“REVOLT!” I yell dramatically, hoping to wake up C.C. Sure enough, he startles awake and stares at me, confused where or who he is. “They revolted!” I continue. “What does revolt mean?” We had just studied this word the day before when talking about the Slave Revolt of the Shang Dynasty earlier in the Asia Unit.

“It means to stand up!” Here, Qauwn stands up… “and fight back!” He yells raising onto his tippy-toes. The class laughs. Tiana takes it too far and falls out of her chair. The class laughs again. “Alright silly kids… chill out.” I coach. “You’re right though… that’s when the fighting started.”

“Wait, so Islams hate Christmas?” J. says. I let my expression loosen a little, and a small laugh escapes. I know that patience is a crucial requirement for this project. I see ahead into our future that we may need many, many more conversations of clarity before we are ready to explain this concept to the world around us.